Show all categories All Brands Back 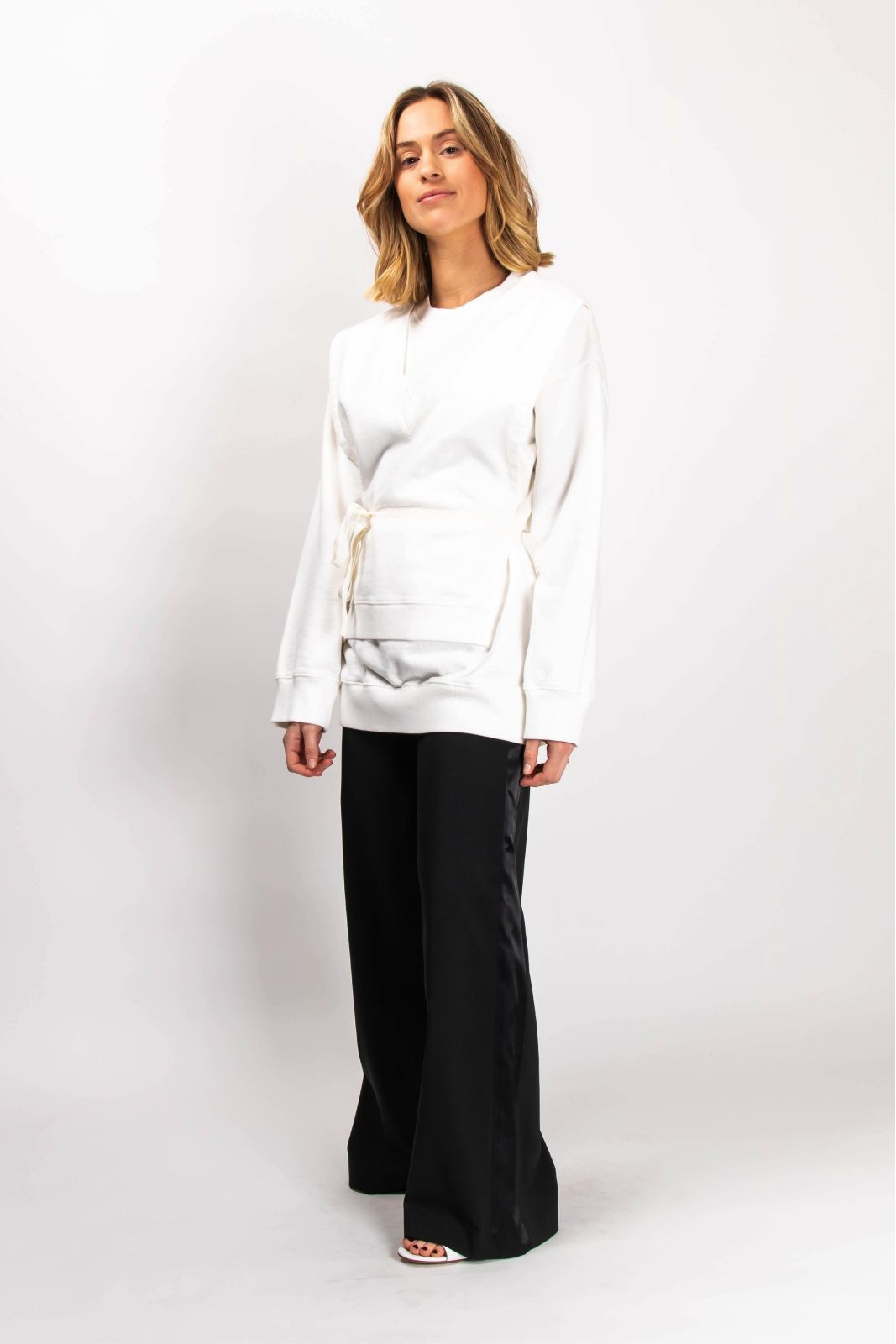 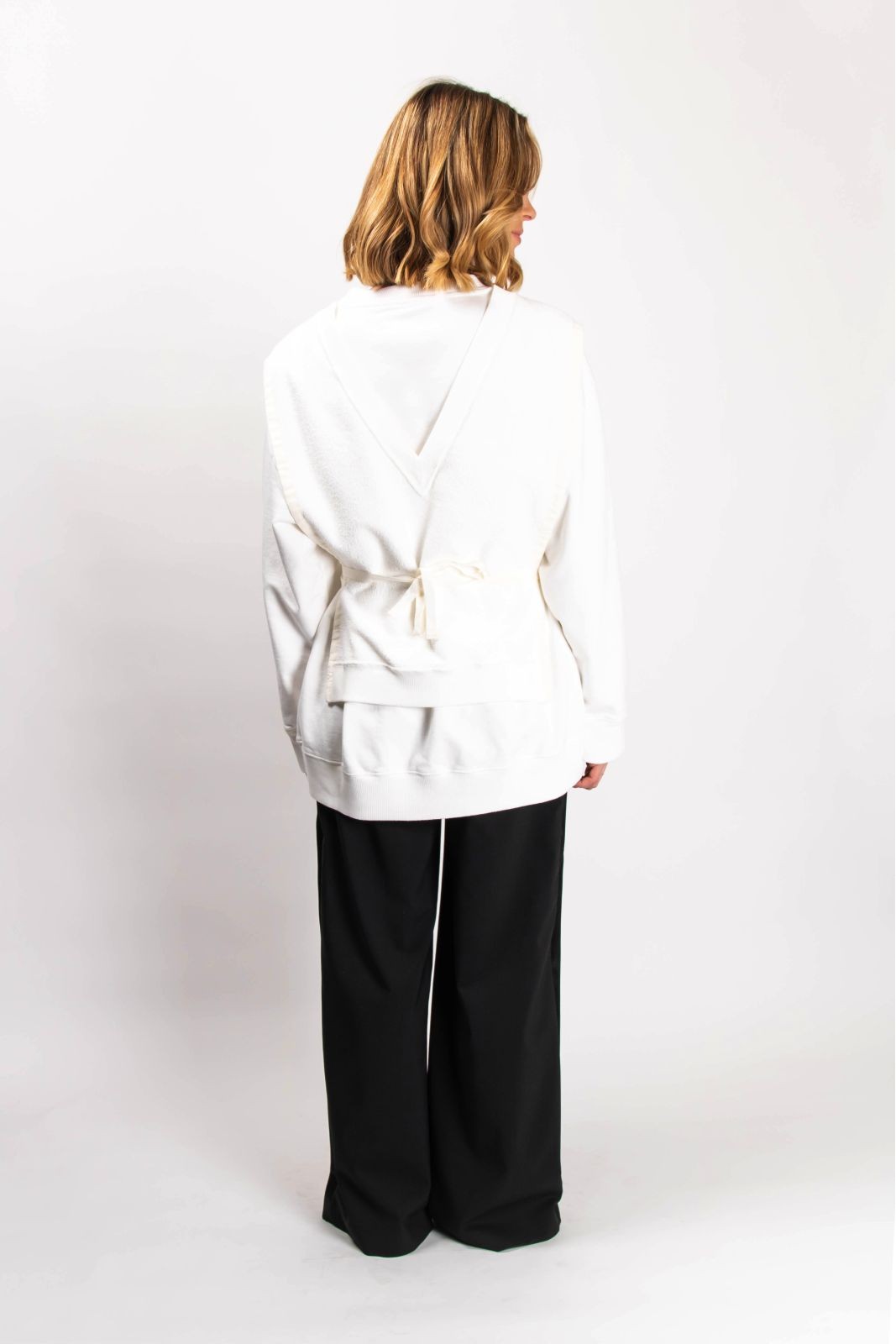 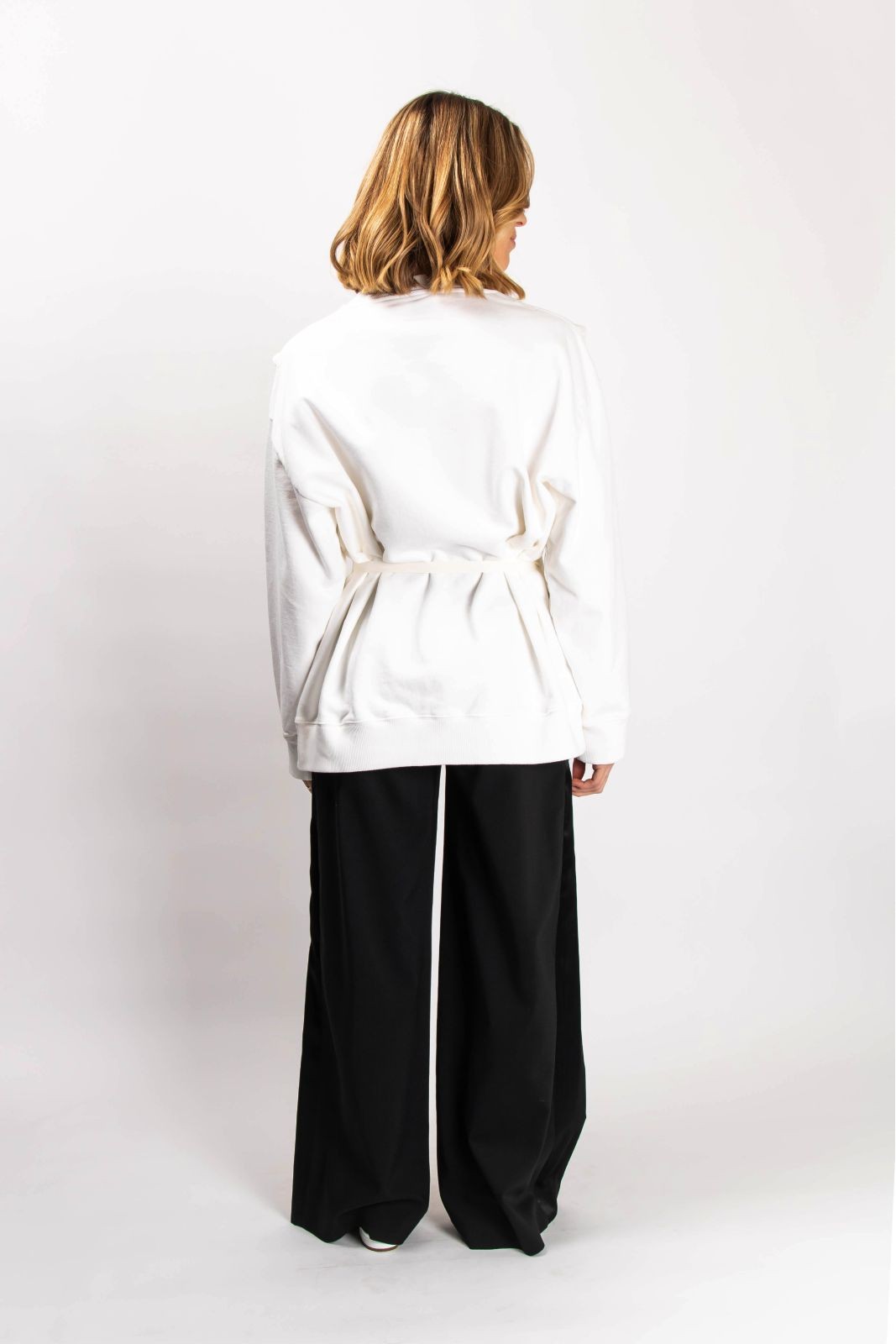 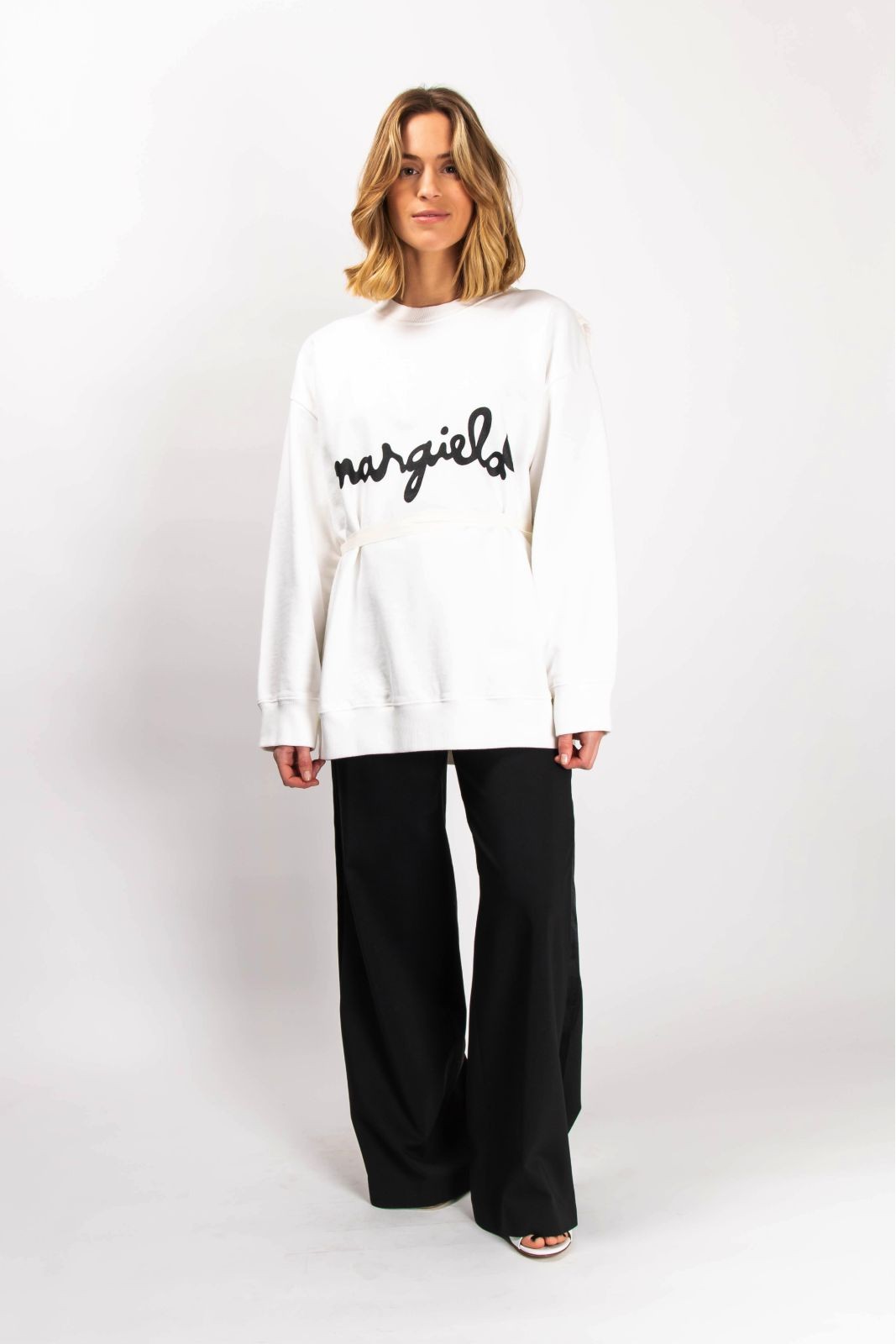 A knitted item of clothing that generally covers the upper body and arms, a sweater (American English) was traditionally made from wool, while modern-day variations may be made from cotton, synthetic fibers or any combination of the aforementioned materials. It van either be a pullover or a cardigan. Pullovers are pulled over the head, while cardigans are open at the front, usually with a button placket and sometimes with a zip closure.
MM6 MAISON MARTIN MARGIELA
Started in 1997 and known as just ‘Line 6’, (under the product range 0 to 23 on the famous white labels) and renamed to MM6 in 2004, the diffusion line to Maison Martin Margiela's anonymous fashion brand is ever prominent nearly twenty years later thanks to John Galliano taking over as creative director in October 2014.
In 1980, Margiela graduated from the Royal Academy of Fine Arts in Antwerp and started working as a design assistant for Jean Paul Gaultier from 1984 to 1987. In 1988 he established Maison Martin Margiela and showed his first womenswear collection for Spring/Summer ’89 in Paris, quickly gaining recognition. Since then praise has been received collection after collection and his shows were often the highlights over Fashion Week for years thereafter. He officially resigned in 2009, leaving artistic direction to the existing design team.MM6 was once described by Renzo Rosso as "a little more accessible, a little less intellectual" than it's main line. Accessible yes, and easier on the pocket, but the case for it being less intellectual is arguable. The line is more basic then the avant-garde aesthetic Margiela is known for, however it's still smart in terms of design and still feeds off that energy. Every season, one particular garment is re-appropriated into more than one piece, with this season’s Jumpsuit being reworked into a cropped, Sleeveless Top and Polo Shirt Dress. Traditionally, Margiela's only branding is the trademark white tacking on each corner of the garment label, however with MM6 it’s single stitched line. Subtle differences, but these are the common bond that holds the label and it’s many sub-labels together aesthetically.First showcased at New York Fashion Week, the SS15 collection has influences ranging from Wild West Americana to traditional Japanese silhouettes and delicate 90's loungewear. There are jackets with kimono style closures, denim with tied-up geisha platforms and suede waistcoats over satin shirts. The red bandana outfit to the right is a direct and unique reference to Beyoncé in her Destiny's Child prime with subtle, grown up adjustments such as the use of latex. This blending of such varied cultures is a difficult feat to accomplish and a testament to the brand’s ability to re-invent.Even if it's not under the control of the eponymous owner anymore, he's become a household name within the fashion sphere. MM6 is a more restrained version of the acute artistic vision of its original owner, but it’s cleaner, extremely wearable and still very much Margiela.